NTRO has appointed Jeff Doyle (Roads), Rob Moffat (Rail) and Jason Sprott (Ports and Airports) as its Executive Directors in charge of each of the relevant portfolios.

Mr Doyle has been a senior executive across four different industry sectors for over two decades. He has been the Australian Road Research Board (ARRB)’s Executive Director, Infrastructure Measurement, since July 2021.

Mr Doyle is the former chief executive officer of Altus Traffic and the Adecco Group (Australia and NZ). He had led Altus Traffic for six years before coming to ARRB, and previously led recruitment giant Adecco as CEO of its Australia and NZ operations. He also held senior leadership roles at Adecco before his elevation to CEO, and office supplies company Corporate Express.

Mr Moffat’s extensive management and leadership skills have been deployed across the full life cycle of the rail sector from concept, funding, construction, day of operations, maintenance through to cessation. He is currently CEO and Executive Director of the Australasian Centre for Rail Innovation, vice-chair of the International Railway Research Board and a board member of Infrastructure Australia.

Mr Moffat is a Fellow of Engineers Australia and holds a Bachelor of Electronic & Electrical Engineering with Honours from the University of Edinburgh in Scotland.

NTRO acquired ACRI in July 2022, and Mr Moffat has been leading the integration of ACRI within the organisation for the past six months.

Mr Sprott is an environmental planning, sustainability and major projects professional with nearly 30 years’ experience – 21 years in the ports industry.

He is Brisbane-based, and comes to NTRO from his own environmental planning consultancy firm Sprott Planning & Environment, which has been involved in writing national guidelines, master planning, major projects, sustainability and policy tasks.

Mr Sprott holds both a Bachelor of Urban & Regional Planning and a Master of Science (Environmental Management). He has also recently completed Executive Education with Cambridge University in Business Sustainability. 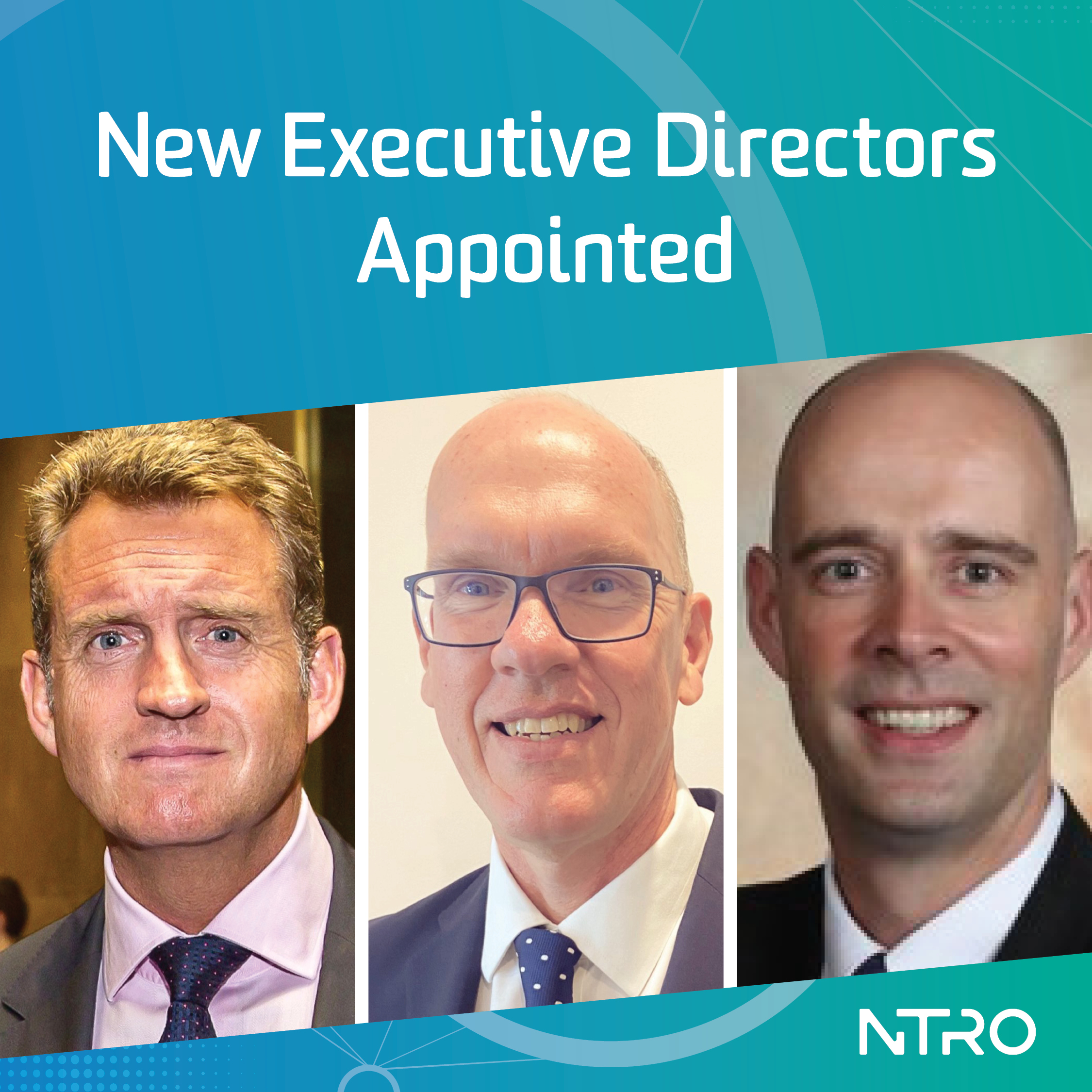 Jeff Doyle (left), Jason Sprott (centre) and Rob Moffat, who have been appointed Executive Directors at the National Transport Research Organisation. Jeff will handle Roads, Jason is in charge of Ports and Airports, and Rob leads Rail.